Editor’s Note: Today’s blog is adapted from his book Student Ministry and the Supremacy of Christ by Richard Ross, available for purchase on Amazon.

Where Christ reigns, there is hope. Always. When the church embraces the full supremacy of the Son of God, there is passion. Always.

But in these days it may appear that hope is draining from the Western Church. In many places, passion is nearly gone. The anemia of most churches proves there is a crisis in Christology.

John said: “Anyone who runs ahead and does not continue in the teaching about Christ does not have God” (2 John 9). No exceptions! Could anything be more debilitating for the global cause of Christ than this verdict? Even Christians can come up short on how they view and value the supremacy of God’s Son.

This shortfall has blindsided far too many believers. It has drained the vitality from worship, prayer, community life, and ministry outreach. In too many cases, it has numbed many believers’ daily walk with the Redeemer. Above all, it has robbed God of his rightful praise through his people among all peoples.

How regularly do believers, regardless of age, worship Christ as the:

Do you tend to believe Christ exists only to bless you and to give you the kind of life you want? Do you primarily expect him to give you relief from suffering, quick solutions to your problems, and general satisfaction with life? Have you assumed he is the key to “the American dream” of becoming increasingly prosperous and free of stress? If the people closest to you see Jesus as a friend with benefits, is it possible they picked this up from you?

Ask yourself these four questions:

In short, are you captivated by Christ as His Royal Highness? Or, for all practical purposes has he devolved in your thinking to a figurehead, a mere mascot? Observing your daily walk with him, what would fellow believers conclude? Which model of the Lord’s role—Monarch or mascot—would they find at work in your life?

What if increasing numbers of believers begin to declare: “May all Christians confess—and ultimately proclaim—Jesus Christ as Lord, the supreme Lord of his Church!”

Then, something wonderful may happen! A reawakening of fresh hope and passion toward Christ may be released in his Body. Believers will once again know him, not only as Lord over global concerns but as the One who is their “all in all”—as the One supreme over them, and every detail of their lives, forever.

Does your heart resonate with these statements?

Dr. Richard Ross is a professor to the next generation of youth ministers at Southwestern Seminary in Fort Worth, Texas. He has authored many resources, including his latest, Youth Ministry That Lasts a Lifetime. You can connect with Richard on his website, Facebook, or Twitter.

Leave a reply Click here to cancel the reply

Return to main blog pageSubscribe to our blog

VIEW ALL BLOG POSTS BY YEAR

ADD TO OUR RESOURCES 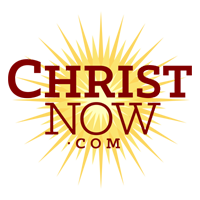 Subscribe to our newsletter to stay up to date with the latest news, resources, opportunities, and Campaign developments.